Get to know our great pediatricians and learn more about their backgrounds and qualifications. 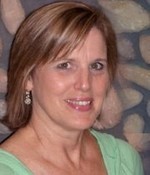 Dr. Donna Pachorek founded Conejo Children's Medical Group in 2000 to provide the kind of personalized pediatric care she knew young families were seeking.  As of one of eleven children and mother of two daughters, she was very familiar with the issues and challenges that confront parents and children on a daily basis.  After completing her undergraduate studies at Occidental College, Dr. Pachorek entered the USC School of Medicine, where she served as student body president and earned an MD degree in 1987.  She completed her pediatric residency at Children's Hospital Los Angeles, after which she was asked to serve an additional year as Chief Resident.  Dr. Pachorek's experience supervising and mentoring seventy-five pediatric residents during that year proved invaluable as she further developed not only her medical skills but her leadership ability.  In the years since her medical school training, Dr. Pachorek has maintained close ties with the USC School of Medicine, serving as both president and as a member of the executive board of the alumni association.  Dr. Pachorek is a Fellow of the American Academy of Pediatrics.  She has been a member of the Conejo Valley community for more than twenty years and enjoys providing volunteer pediatric services to the underserved in Thousand Oaks. 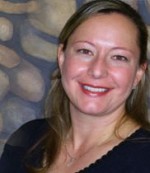 Dr. Nathalie Rubin attended University of California, San Diego, graduating with a BS in Biochemistry/Cell Biology.  She earned her MD from New York Medical College in 1998. While completing her internship and residency at Childrens Hospital Los Angeles, she received both the Associates and Affiliates Award for Excellence in Clinical Judgment and Patient Care as well as the Victor E. Stork Award for Excellence. Dr. Rubin moved to Ventura County at the age of one, where her family has resided since. It had been her goal to return to the area to establish her practice. She is Board Certified and a Diplomate of the American Board of Pediatrics. She has been a Fellow of the American Academy of Pediatrics since 2001.  She has served at Los Robles Hospital on the Quality Care Committee and is currently the Vice-Chair of Pediatrics.  She and her husband, Gary, reside in Thousand Oaks with their daughter, Zoe.

Dr. Elizabeth Vallance joined CCMG in 2011 after relocating to California from the East Coast.  She, her husband, and two sons moved from the northern Virginia area where she had been practicing pediatrics for 10 years.  Dr. Vallance received her bachelor of science from Virginia Tech in 1995, and her doctorate of medicine from West Virginia University in 1999.  From 1999 through 2002, she completed an internship and residency program at Kentucky Children's Hospital in Lexington, KY.  Dr. Vallance is board certified by and a diplomate of the American Board of Pediatrics.  She has been a Fellow of the American Academy of Pediatrics since 2002. 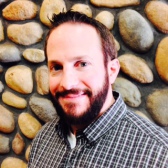 Dr. Michael Melman joined CCMG in 2013 after practicing in the San Fernando Valley for ten years.  Dr. Melman is orginally from New York and received his Bachelor's degree, with distinction, from Cornell University.  He attended The University at Buffalo School of Medicine in New York, where he graduated cum laude, and earned his MD degree in 1999.  Dr. Melman then served as a pediatric leukemia research fellow at the National Institutes of Health and National Cancer Institute in Washington D.C., where he published two papers on acute lymphoblastic leukemia and received a Cancer Research Training Award.  His pediatric residency was completed at Emory University School of Medicine in Atlanta, Georgia.  Following his residency, Dr. Melman moved to California in 2003.  He is Board Certified by the American Board of Pediatrics and is a Fellow of the American Academy of Pediatrics.  Dr. Melman's areas of interest in pediatrics includes sports medicine and nutrition.  He enjoys working out and spending time with his wife, Brianna, and three children, Bronx, Maliya, and Maverix. 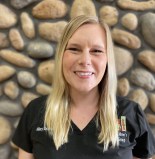 Dr. Hillary Seidenberg is a native of Los Angeles, California. She graduated from University of California Los Angeles (UCLA) with a bachelor's degree in neuroscience and the honor of summa cum laude. This was followed by two years in which she conducted neuroscience research at Cedars Sinai Medical Center. Dr. Seidenberg then completed her medical school training at the UCLA David Geffen School of Medicine and remained at UCLA for her training at the UCLA Pediatrics Residency.  While undergoing her medical education, Dr. Seidenberg conducted community health services research in adolescent medicine. During her last year of residency, she worked at the After Hours Pediatrics Urgent Care in Thousand Oaks. She has a wide variety of special interests in pediatrics, ranging from newborn care to adolescent mental health. Her outside interests include singing, traveling, and outdoor activities.